For its 10th round in 2017 the European Hillclimb Championship moved to Switzerland. Like the past 40+ years the Course de Côte de Saint Ursanne – Les Rangiers was the destination. The entrylist was once again massive with over 200 drivers. All classes in the European Championship had at least 3 drivers which meant that everyone received full points.

After a lot of stoppages the race was finally decided Sunday evening just before nightfall. Christian Merli was the final driver to take the start and he set a new trackrecord. His final time was 1:43,58 which gives an average speed of 183,28 km/h! Merli was the quickest driver this weekend, but not the winner. For the sixth time in a row Simone Faggioli was the best in Saint Ursanne. Because of the half points in France, Faggioli leads the championship with 12,5 points.

Best Swiss driver was Marcel Steiner in third. The LobArt LA01 Mugen pilot was however almost 15 seconds slower then the two Italian leaders. Fausto Bormolini and Simon Hugentobler were quite closely matched and finished fourth and fifth overall. The single seaters -2000cc were the most competitive class at Les Rangiers with 20+ entries. Billy Ritchen was the best driver here and sixth overall. Noticable is also the great 9th place overall for Corentin Starck, who did not compete in the European event.

Vladimir Vitver had a small mishap in the first race which cost him 20 seconds. Even without that problem he probably would not have defeated Dan Michl. The Lotus Elise pilot was extremly quick all weekend and won the E2-SH class. The Czech was however no match for Reto Meisel who finally had a trouble free weekend in his Mercedes Benz 340 SLK. Meisel set a new touringcar record and even managed to finish 10th overall!

In Group GT there were only three drivers but they were equally matched. At the end of the day “Tessitore”, Jan Milon and Martin Jerman were seperated by just 1 second. One driver had to win and that was “Tessitore”. The Austrian did a great job in the championship race as Lukas Vojacek retired from the Group A lead. In Group N Tomas Vavrinec was defeated by Liridon Kalenderi and finished only second. 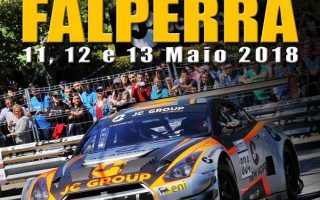