The Italian Historic Hillclimb Championship moved to Sicily this weekend for the Cronoscalata del Santuario. This 11.8 kilometre long hillclimb is also known as the Cefalù – Gibilmanna Hillclimb. Because of the long travel route, and because there are three more races in the next five weeks, most of the field consisted of local drivers.

Ciro Barbaccia steered his Stenger BMW to the fastest time. The racewinner dedicated his victory to Herbert Stenger who died two years ago. The German had developed, named and raced the very same car as Barbaccia now used to secure his victory. Runner-up became Piero Lottini. As his rivals for the category 4 championship were all absent, Lottini scored some valuable points. Third place was for Category 3 winner Claudio La Franca. He was the first of an army of Porsche 911 drivers. Raffaele Picciurro was the winner of Category 2 in yet another Porsche 911. There were no sportscars present in Category 1 this time. This allowed Pierluigi Fullone to take the victory in this category. Gina Colotto was the only driver in Category 5 and therefore the obvious winner. 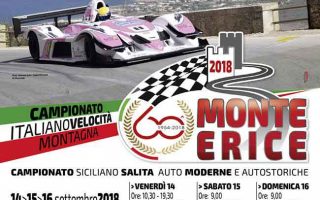