It rained at the Nagrada Stubičke Toplice this weekend, although someone forgot to tell Domagoj Perekovic. He won the Croatian season opener with a 17 second lead on Robert Bradaric and Istvan Kavecz. Fourth placed Bojan Juranic was a whopping 40 seconds behind! A brilliant start of the season for Perekovic who must be the favourite for the championship this year.

The race also counted towards the Slovenian Hillclimb Championship. The rain came as a welcome gift to Ales Prek. The former European Champion managed to steer his underpowered Honda Civic Type-R to victory. Milan Bubnic had a faster single time, but came up short on aggregate time. Peter Marc was third.

The event also counted towards the Category 2 championship for sportscars and singleseaters. But neither Laszlo Szasz or his Slovenian rival Vladimir Stankovic could make an impression in the rain. 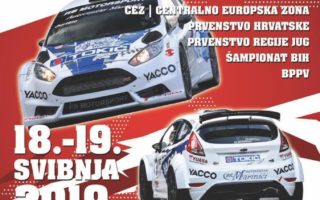