Laszlo Szasz dominated the event as expected in his Reynard Zytek. The Hungarian was more than 20 seconds ahead of everyone else. Grzegorz Duda scored his best result so far with his new Hyundai i20 WRC. The Pole finished second overall and won the E1 class. Not a small feat considering the strong opposition in Croatia.

In the Croatian Championship Category 1 the three best drivers all faced mechanical issues. Dejan Dimitrijevic retired already in practise. Istvan Kavecz had a problem during the second race of the day and lost quite some time. However the BMW E90 pilot still finished 9th overall. Championship leader Domagoj Perekovic retired in the second race with fuel problems. Bojan Juranic, the fastest 2-wheel-drive car in Croatia also retired early and scored no points. So who benefitted from all this misfortune? It was Robert Bradaric who had a trouble free run and scored maximum points. On top of that he also finished third overall. Mario Jurisic also did a good job as the Opel Vectra STW pilot finished directly behind Bradaric.

In the Bosnian Championship Salih Ljubijankic was again much stronger than the opposition. The same can be said about Luka Spadijer in the Montenegro standings. 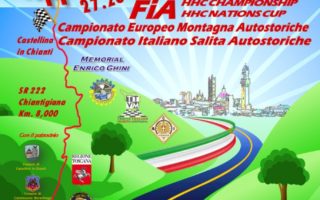