Hristo Manolov dominated the season opener of the Bulgarian Hillclimb Championship this weekend. There were three practise sessions at the Memorial Valeri Velikov and Manolov set fastest time in all three. There were also three race sessions and Manolov set fastest times in all three of them too. Julian Teliyski had a small practise crash. But even without it he was still three seconds slower than Manolov in every session. Georgi Vasilev, Martin Surilov and Petko Manolov finished 3-4-5. Neither of these drivers will compete a full season. Sixth was the winner of class 3 Stefan Stoev who fought a tense battle for class victory with Ivelin Chapanov. Teammates Jordan Todorov and Alexander Dimitrov were very closely matched in class 4. Although the difference was just 3,5 seconds in the end, Todorov was the fastest of the two every time. Class 5 dominated by Pavel Shenkov with his Lada 2107. 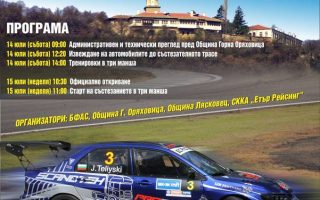