The Spanish Hillclimb Championship went underway this weekend in Andalucia with the Subida a Estepona Peñas Blancas. Andres Vilariño retired already in practise with technical problems in his Norma Sportscar. This left the door wide open for Javier Villa to take his first victory of the season. The reigning category 2 champion was hampered by electrical problems in his new BRC B-52 on Saturday but absolutely dominated Sunday with two fastest times. Runner-up Manuel Aviles could not challenge Villa but at least managed to come first in the Andalucian Championship. Jonathan Alvarez steered his new BRC B-49 to victory in Category 2 and third place overall.

In Category 3 José Antonio Aznar dominated on homeground. The Porsche 997 GT3 pilot was quickest in both the Spanish and the Andalucian Championship. Salvador Tineo completed his first hillclimb in the JTR 600 Silhouette in second. Cristobal Garcia put another Porsche 997 GT3 on the podium in third. José Antonio Lopez-Fombona debuted his new Lamborghini Huracan. A small spin in the guardrails ended his Saturday early but on Sunday he was back to finish fourth in category 3. 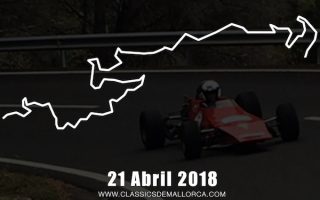