Francesc Munne has won the Pujada a Les Ventoses. At the second round of the Catalunya Hillclimb Championship Munne was a lot quicker then everybody else. The Demon Car R34 driver even beat the trackrecord by 9 seconds. Two drivers from Andorra dominated the lower categories. Ramon Plaus won Category 2 and was second overall while Gerard De La Casa was once again the strongest in Category 3. 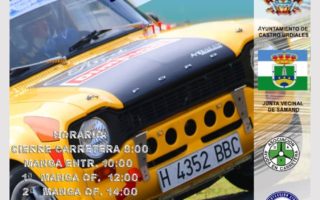