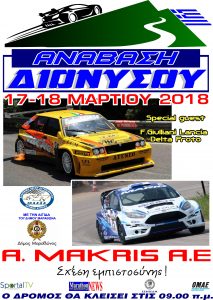 This weekend thousands of spectators were present at the Dionysou Hillclimb in Greece. It was the first round of the Greek Hillclimb Championship. Just like everywere else in Europe the weather was not great. It rained on raceday, but luckily not during the actual races.

The race was much anticipated because of the presence of Fulvio Giuliani. The Italian star had a steep learning curve ahead of him. In just two practise sessions and two race sessions he had to learn the 5 kilometre long track. In first practise Giuliani was seven seconds down on fastest driver Marios Iliopoulos. In second practise he brought the gap down to 4,5 seconds. We will never know how much better the Italian could still do. On Sunday his Lancia Delta EVO broke down and Giuliani had to retire.

With no serious rival left Marios Iliopoulos took another simple victory. Second fastest was the Group A winner Leonidas Kyrkos. Kyrkos is planning to drive mostly rallies this year so the Dionysou Hillclimb was a good test for him. Georgios Kechagias steered his white Ford Sierra Cosworth to another class victory in Group E. Even though he won with a 6 second lead, Kechagias felt he could still do better. Group N winner Stamatis Katsimis had no such doubts. He started his title campaign with a 11 seconds lead. Finally Georgios Katsaros domintated the historics. 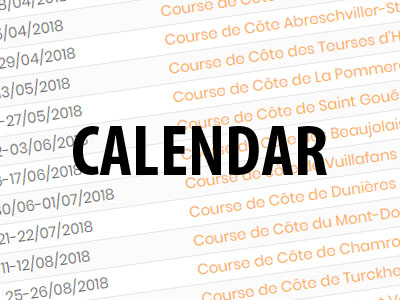