The Trofeul Opel was the final round of the Romanian Hillclimb Championship. This hillclimb used the same road as the Marele Premiu al Orașului Braşov that was competed earlier this year. Paul Andronic was already certain of the championship before the event. He was present in Braşov but retired after the first race session. For the second time this year the Italian Radical Team was visited Romania. This time they the Italian Michele Esposito was their driver. The potential of their cars was again obvious as Esposito took a simple victory.

Only drivers with a Romanian license can score points for the championship. Guest driver Esposito was therefore invisible for the points. Instead second placed Andrei Dumitrescu took the 25 points normally reserved for the winner. With this victory he leaps over Lucian Radut in the championship to finish second overall. Radut was third in Braşov which saw him end up also third in the championship.

The championships of the different groups were also already decided before the events. Paul Andronic is obviosuly the new champion in Group H. Andrei Dumitrescu was the only regular driver in Group D/E so also an obvious champion. Adi Iliescu was the most consistent in Group A and also won the final two races. Alexandru Mitroi dominated Group N this year and is the deserving champion. Costi Stratnic was the best driver in Group GT and even scored an overall victory in Sinaia. Gabriel Ene won three events in Group F2 and finished second in another three. This secured him the Group title. 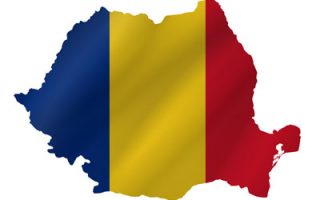