Even in a rented car Javier Villa is the best driver of Spain. At the Subida a Tamaimo Villa drove the BRC B-49 of Francisco Suarez because his own BRC B-52 was too damaged. Of course all the BRC are familiar too Villa but winning with a new trackrecord is brilliant nonetheless. With this victory Villa is also certain of the Spanish Hillclimb Championship Category 1. At Tamaimo Manuel Aviles was second and he is also second in the championship.

In category 2 Jonathan Alvarez had to fend of local driver Javier Afonso. Afonso was the faster driver on Saturday but a great final run on Sunday saw Alvarez slip by with just .7 seconds. Alvarez had also entered the Tenerife Championship to be eligible for an extra trophy. But because the island championship only counted the Saturday results, Afonso was actually the Tenerife winner.

In category 3 José Antonio Aznar was unbeatable this weekend. With his Ginetta G55 GT3 Aznar took a comfortable victory. Like Villa in Category 1, Aznar is now certain of the Spanish Hillclimb Championship Title. Pedro Javier Afonso was the runner-up here and also the fastest Tenerife driver. 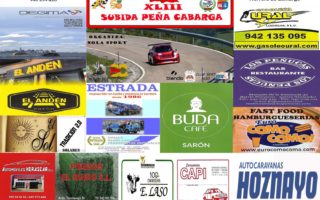