Division 4 has been very small all year long. Richelle was the exception with 9 Kart-Cross drivers entered. Christiaan Spelmans made his hillclimbing debut and immediately took victory. That it was his first hillclimb does not mean he is inexperienced. Spelmans is the Dutch Rallycross Champion in the Kart-Cross class. Anthony Milone secured the runner-up spot after Emmanuel Mercy suffered mechanical problems in the third race.

In division 1-2-3 Francis Gilles scored his second victory in a row. After being succesful in Bomerée two weeks ago, Gilles was now the strongest in Richelle. He still needs one good result in Houyet next week before he can claim second place in the championship. Alain Cricus beat Olivier Dubois to the runner-up spot in Richelle. The difference between the two rivals was just .02 seconds in the end. 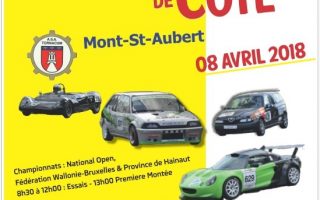