The first edition of the Course de Côte de Chanteloup-les-Vignes was contested on 27 November 1898. This was just one year after the concept of hillclimbs was born with the Nice-La Turbie Hillclimb. Because the first La Turbie event was a stage in a larger ‘rally’, the Chanteloup Hillclimb is sometimes considered as the first true hillclimb race. That might be a bit of a stretch as there is evidence that a hillclimb at Charles River Park in the United States was earlier. In any case, the Chanteloup Hillclimb is among the first three!

The race was conceived by Paul Meyan. He was a journalist and one of the founders of the Automobile Club de France (A.C.F.). The La Turbie Hillclimb was a true mountain climb measuring 17 kilometres but Chanteloup was very different from that. The track measured just 1820 metres (or 1782 metres, or 1800 metres, sources are unclear). It was quite steep, in some parts up to 11%. As could be expected in November, the weather was not ideal. It rained all night until 9:00 in the morning. This made the track very difficult to navigate.

The first edition had a spectacular 95 entrants, however not all of them showed up. Still at 10:00 in the morning the first of 54 drivers took the start and apparently 48 (or 49 see below) also finished. Today we measure gaps in tenths of a second, but in 1898 this was slightly different. Last place finisher Belin completed the track 18 minutes slower than the winner!

In the early days of motorracing almost every form of mechanized transportation was allowed to compete. At Chanteloup it appears almost everyone was driving some sort of petrol engine. Except of course the two electric racers of Camille Jenatzy and Gaston de Chasseloup-Laubat. They would decide among themselves who would become the first winner at Chanteloup.

As you can see in the results table, electric vehicles suffered the same engineering problems as today. Weighing 1800 kilograms, the car of Jenatzy was a lot heavier than the competition. The range was also a problem. Most of the competitors drove in from Paris. In order to start with full batteries Jenatzy had to find a powerplant first. Luckily there happened to be one close by in a stone quarry. De Chasseloup-Laubat had a different approach to save energy: he got towed to the startline.

The first half of the track was very fast and straight. At the halfway point just past the church the track became steeper. There were also some tricky corners which were very slippery because of the rain. Jenatzy had anticipated this as his car had different gears. De Chasseloup-Laubat did not, which resulted in a broken drive-chain. At that point the race was over for him and he stopped the car. However with no drive the heavy vehicle started rolling back down the hill. De Chasseloup-Laubat immediately pulled the brake but it failed, which left him no other option than to steer the car into a wall. It was the only accident in an otherwise trouble-free event.

With his rival out of the race, Jenatzy became the undisputed winner of the first Course de Côte de Chanteloup. Second place finisher was Paul Jamin who drove a Léon Bollée voiturette. This three-wheeled machine was considered a motorcycle. Marcellin was initially fifth, but he obtained another tricycle for a second attempt up the hill. That is why he is classified third and sixth. Henri Farman, who was bumped to fourth because of Marcellins second try was non too pleased about it. Le Journal reports he even challenged Marcellin to a rematch!

Camille Jenatzy would achieve much more motorsport succes. The next few months he and De Chasseloup-Laubat chased the land speed record. In April 1899 the Belgian from Schaarbeek became the first driver to pass the mythical 100 kilometres an hour limit. At that point De Chasseloup-Laubat gave up the fight and Jenatzy remained record-holder for three more years. Jenatzy would win more motorsport events but his biggest victory was the Gordon Bennett Cup in 1903.

At the end of 1899 the second edition of the Course de Côte de Chanteloup-les-Vignes took place. Fastest man in the world Jenatzy was again the quickest. In 1900 there was also a third edition won by Henri de Rothschild, but after that the engines fell silent. In 1926 the hillclimb was revived on a shorter course before disappearing for good in 1935.

Below is the most complete results table I found in L’Ingénieur Civil. In the days before computerized systems and the ability to doublecheck everything on the internet mistakes were often made. You can read one report in one paper and it is different from another report in another paper. For example in the race report from Le Figaro, written by no less a person than Paul Meyan, the results are slightly different from those posted below. Because the Figaro report contains obvious errors and is less detailed, I have decided to ignore it. Still, for reference I have posted the differences in the Figaro results, and some other differences I have found, at the bottom of the page.

Nationalities were not given so I assumed French, unless otherwise specified.

Differences with other newspapers
Figaro has Vignault with a tricyle in seventh in a time of 4:35,00.
Le Journal has Vigneaux with 4:35,00 but misses the second time by Marcellin.
Petit Parisien has no Vignault/Vigneaux but also misses several other drivers.
Figaro mentions Louis Mors instead of Toussaint, and Broc instead of Perrot. L’Ingénieur Civil mentions L. Mors and Broc as the entrants, but Toussaint and Perrot as drivers. Le Journal only gives the top 21, Petit Parisien the top 10 so no cross-checking is possible.
Figaro does not mention Morel, Dupont, Cornilleau and Rivierre. After giving the top 10, the report mentions the drivers who finished between 4 and 5 minutes, between 6 and 8 minutes, and finally those between 10 and 20 minutes. It is obvious to see how these four drivers were missed. They all finished in 9 minutes!
Figaro also spells the following names different: Brazier, De Torckheim, Doriol, Harblucher.
Le Journal spells the following name different: Brassier. 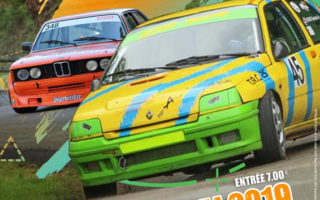 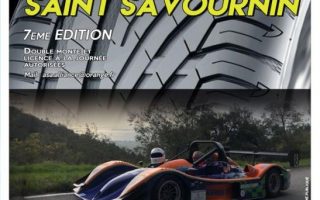