Around 100 drivers participated in the Subida a Urbasa this Saturday. Two drivers were much stronger than the rest. Joseba Iraola took victory after a close battle with Pantxo Egozkue. Garikoitz Flores was leader of the CM prototypes and third overall. Arkaitz Ordoki finished just outside the podium in fourth, but remains the championship leader in Navarra. 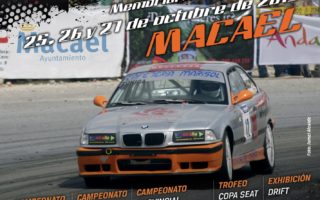