Also on the Canary Islands, but on La Gomera, the Subida a Hermigua – La Carbonera took place. Father and son Afonso were the winners in the touringcars and sportscars. Javier the son had little trouble in the sportscars as he set two fastest times an won with a large margin. Pedro the father had a lot more difficulties in the touringcars. He set the fastest time in the first race. However the gaps were so small that everything would be decided in the second race. Afonso could not improve his time in his final run so all that was left for him was to watch his rivals. Jonathan Garcia came up first. He was just .4 seconds slower than Afonso in the first race. However he too could not improve his time anymore. The final driver to come up was Jairo Avelino Garcia. His car looks like a Peugeot 205 but is actually a BRC R15 sportscar underneath. Still he was placed alongside the touringcars at the Hermigua Hillclimb. His final time was just .1 second slower than Afonso’s best effort. So no victory for Garcia but still a very strong second place. 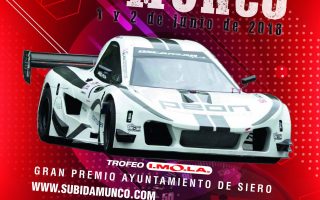