On Gran Canaria the now traditional doubleheader Fataga/San Bertolomé took place today. They are two distinct hillclimbs around San Bartlomé de Tirjuana. This year the Subida a Fataga also counted towards the Canary Islands Hillclimb Championship. Luis Monzon was already certain of the state championship. But with another victory at Fataga he gave his title just a little bit more glory. Enrique Cruz made a rare mistake in the first race where he damaged his Porsche 997 GT3. The car could be repaired in time for the second race were Cruz set the second fastest time. Jonathan Morales completed the podium in Fataga. The sportscars were not the best machines for the slow 4,5 kilometre long track. 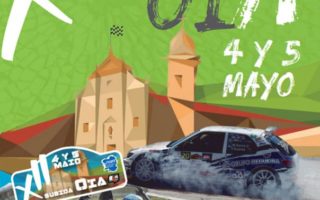