The Subida a El Vellón – Memorial Léon de Cos was the final round of the Madrid Hillclimb Championship. The championships were not yet decided before the event. In the sportscar championship Gabriel Gutierrez had to win and have at least one driver in between him and his rivals. This seemed almost impossible but after the first race session Gutierrez was actually in the lead with guest driver Pedro Mayol in second. However in the second race Gutierrez ran into troubles. Mayol on the other hand improved his time, took over the lead and claimed victory. Gutierrez finished second but it was not enough. José Alonso narrowly beat his other championship rival Pedro Flores for third. By my calculations this gave Alonso the title.

In the touringcars Ismael Arquero had to win and finish more than 2 drivers ahead of his rival Jesus Garcia. Arquero did succeed in his first objective. But because Jesus Garcia finished right behind him in second it was not enough to claim the championship. 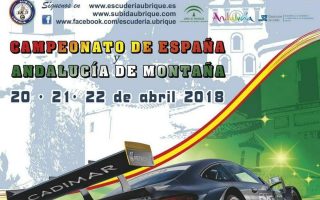