Is there missing or incorrect information on this page? Please let me know in the comments below, or send me an email. 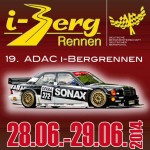 The Iberg is 457 metres tall hill just south of the town Heilbad Heiligenstadt. The forested hills south of the city are called the Heiligenstädter Stadtwald and belong to the Eichsfeld. Geologically this area is a Muschelkalk plateau which is a form of limestone sediment found in central Europe and Germany. Eichsfeld is part of a larger nature park called Eichsfeld-Hainich-Werratal.
Since 1950, Heiligenstadt is a spa-town that is allowed to call itself Heilbad. The prefix Heilbad is a title that is only assigned to the towns that answer to the highest demands in quality. The title is assigned by the Deutsche Heilbäderverband e.V., an organisation that unites all spa towns in Germany.
With the Spa and the Nature Park we have the two most important reasons for tourists to visit Heilbad Heiligenstadt.
The nearest major cities are Göttingen (30km) and Kassel (60km).